A man who has always kept himself fit, Wally soon demonstrated to his team that he was a hard coach and expected the players to do everything he did at training.

Wally King, (pictured at right), first began to make a mark in the football world when he respresented Combined High Schools in 1942 as a second-row forward.

The following year he joined the R.A.N. and went to war, but his football career went on whenever opportunity presented itself and by war's end he was well established as an outstanding player.

During his years in the Navy, he played for various ships in their competitions and captained H.M.A.S. Kybra to win the Dempster Cup in 1945.

The same year he was chosen to tour the eastern states of Australia with the combined Naval side, selected from Australian, British, New Zealand and South African ships.

The war ended and Wally King went straight into St. George first grade and stayed there until 1954.

In 1948 and '49 he played for South Harbor against North Harbor and was regarded as unlucky to miss State selection.

During the five years from 1948 to 1952 he also played with the Police team in the midweek competition which they won in three of those years.

His only year out of football was 1950 when he had to stand down with cartilage trouble. BUt he spent the season coaching the Metropolitan Colts team and took them to wins over Queensland Colts, Newcastle Colts and Duntroon.

In 1956 Wally came to Dubbo as Police Presecutor and was soon back into football, this time captain-coach of the Dubbo side in 1957.

Better than that, they won their way to the final.

Then, in the same season he captained the Western District team against the touring All Blacks at Warren.

Now after nine years Wally King is back.

But it hasn't been all Rugby. Wally also was a fine surfer, water polo player and swimmer.

He was vice captian of Cronulla Surf Club, rowed in the Cronulla senior boat crew and was runner up for the senior belt championship three times.

He played water polo for the Navy, St. George and Cronulla Surf Club.

And for good measure, Wally is a keen golfer and Gun Club Member. 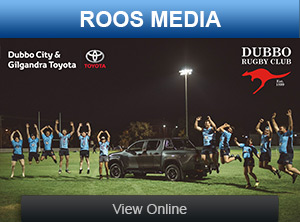